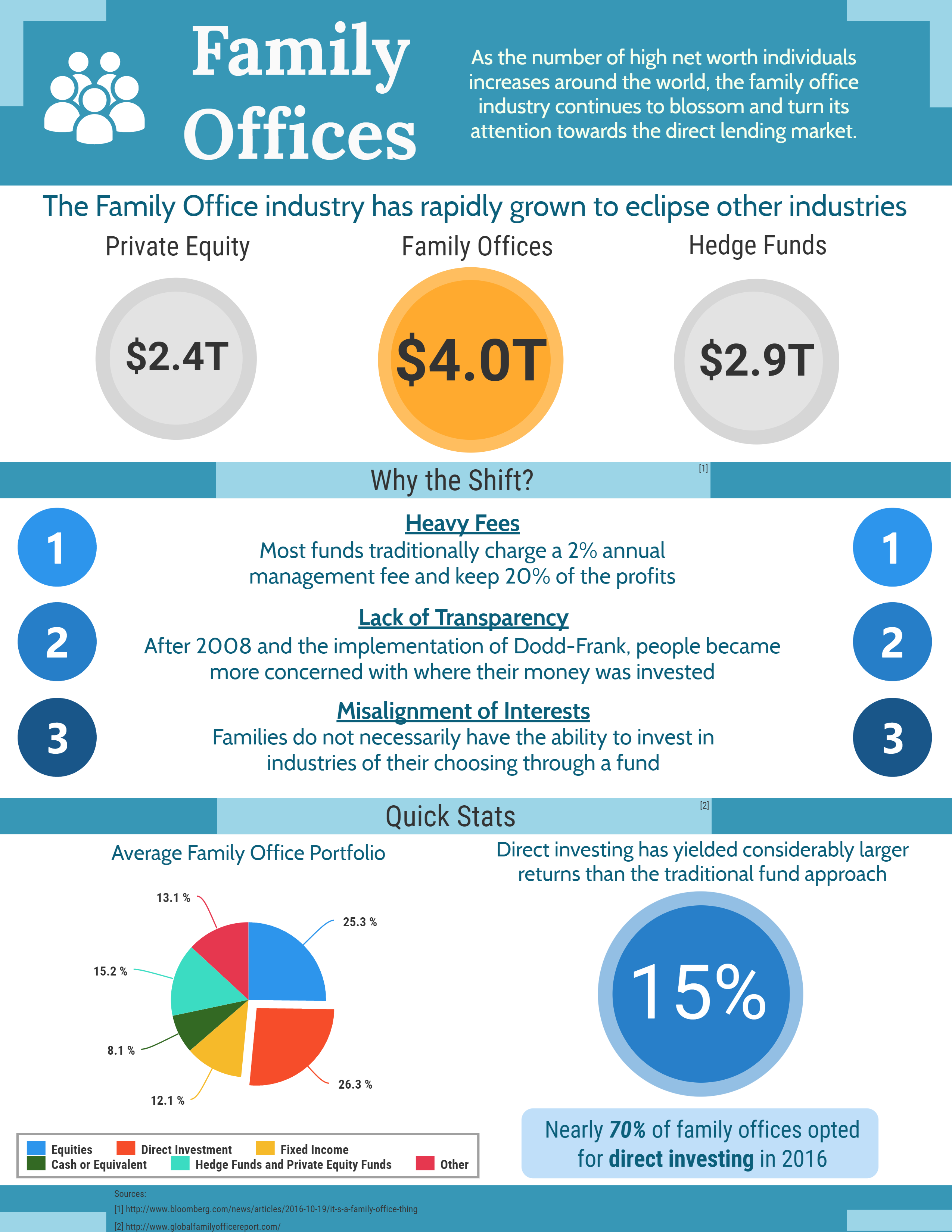 Single family offices currently account for more than $2.4 trillion in investable capital globally, making them sizable competition to the Private Equity and Hedge Fund industry.   As the number of high net worth individuals increases around the world, the family office industry continues to blossom, as does its investment strategy.  The current trend is a move away from investing through funds and towards direct investing.  This wave of change can be attributed to a need to address the opacity of funds after lost capital following the crash of 2008, challenges in the fiscal year 2015 due to a collapse of commodity prices, and concerns over slowing growth in China. More specifically though, three major characteristics of funds have propelled family offices to invest directly in deals: heavy fees, lack of transparency, and misalignment of interests.  The growing desire for transparency and proprietary control has led 70% of family offices to opt for direct investing in 2016.[i]

In addition to these factors, investing through a fund returned 15% less than direct investing for family offices in 2015,[ii] a trend that is projected to continue.  Not only are there greater returns, but there is also greater tax efficiency because families can hold on to the stakes for as long as they like.

As this shift happens it is not without its own challenges.  Some family offices lack the necessary infrastructure, staffing, and experience to generate deal flow and successfully execute direct deals. Many step into direct investing gradually by co-investing with funds where they already have relationships, or by using an independent sponsor to contract single deals then find financial groups to provide funding.  Partnering with other families in investments in their respective industries of expertise is advantageous because families can leverage their experience and relationships.

Overall, as the family office industry expands, so does the manner and complexity with which family offices invest.  Investing directly allows families to circumvent heavy fees, opacity, and provides greater freedom when selecting investments.

CrowdOut Reports Strong Growth in 2018, Predicting 2019 as the Year for Alternative Investing